By Brenda Beagan and Brenda Hattie 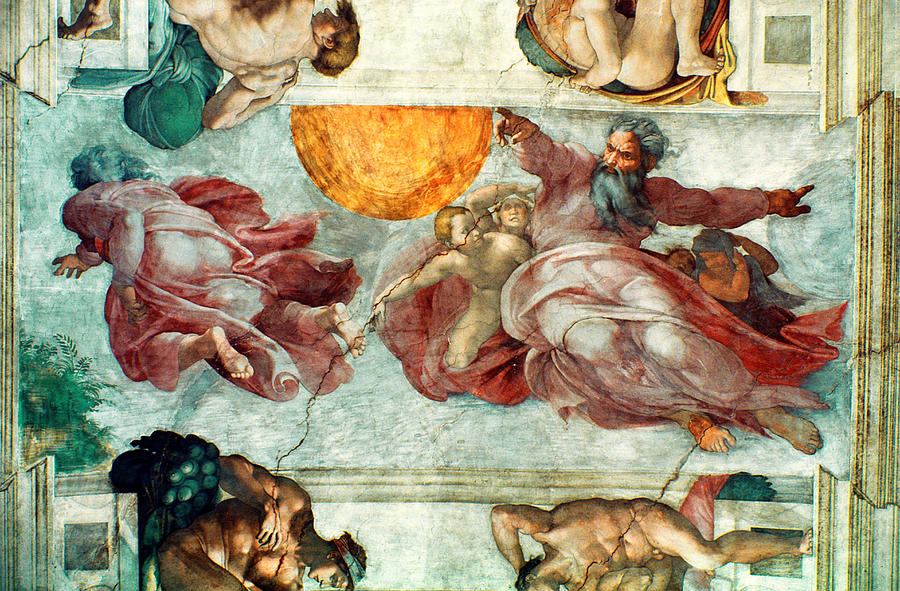 An image of creation by queer artist Michelangelo on the ceiling of the Sistine Chapel.

For a little over a year, we have been conducting a study about how LGBTQ people in Halifax area experience religion and spirituality. A lot of people wanted to be interviewed; we had to call a halt after 35. Clearly people want to talk about this! The people who talked with us ranged in age from 20 to 68, divided quite evenly over that range. Most were White and raised in Atlantic Canada, and 29 of the 35 were raised Christian to varying degrees. There were men, women, transgender, gender queers, lesbians, gay men, bisexuals, heterosexuals, queers and others, (Read the full study report here).

For many of those raised Christian, including many very young people, there was pervasive internalized shame or guilt. They had heard steady homo-negative messages, and even more common, sex-negative messages. Most people we spoke with left the faith tradition they grew up in when they came out to themselves, or began gender transition, though not all. Some quietly drifted away, some were kicked out or asked to leave a church. The losses were often incredibly deep.

Some people stayed involved with more-or-less the faith traditions in which they were raised.

A few people had left their faith traditions and found other practices that were more welcoming, such as Buddhism and paganism. Most, however, had developed an individualized spirituality, often centered on connection to nature. Some meditated, reflected, journaled or wrote, did yoga or tarot or listened to music, some sang. For some, private time was key, for others ritual was key; for a few the spiritual infused everyday activities, and for some the key was gathering and focusing energy alongside other people. A few people saw fully connecting with their LGBTQ selves, as highly spiritual. Some experienced the connection to community, and/or the hope for change embodied in community activism, as spiritual. Some experienced queer sex itself as spiritual.

But what we heard over and over again was that it is not easy to be ‘out’ as spiritual (let alone religious) in LGBTQ communities. People feel excluded, marginalized and stigmatized if they speak their spiritual beliefs. They survived faith traditions unwilling to accept their queerness, and now face queer communities unwilling to accept their spiritual selves. There is a silencing, and a lot of aloneness. On February 9, we held a 2 hour workshop to talk about these things at the Spring Garden Road Memorial Public Library in Halifax. It was organized by the Nova Scotia Rainbow Action Project (NSRAP) (thanks Chris Aucoin!) and hosted by the Public Library (thanks Cheryl and Hilary!). Those in attendance (30 people) had a great discussion. We didn’t solve anything, but we are more convinced than ever that there is a void in our LGBTQ communities regarding spirituality. That people want (need?) to talk about and make space for the spiritual. People left agreeing to try to be more open with each other – both naming that which we experience as spiritual, when it seems safe to do so, and choosing not to shut each other down when we speak of our spiritual lives.

We (‘the Brendas’) will continue to find ways to organize gatherings so folks in our communities can continue to talk about LGBTQ spirituality. We’re not sure yet what that might look like, but NSRAP has offered to be a dissemination point, and other groups like the Elderberries have offered to get involved, so we can spread the word far and wide. Editor's Note: Brenda Beagan (left) and Brenda Hattie are universty professors and researchers at Dalhousie and Mount Saint Vincent Universities respectively. Both have considerable expertise in areas relating to LGBTQ health and wellness. You can read about more LGBTQ health-related research papers by Professors Beagan and Hattie, among others, here.