Writing a novel and owning your voice 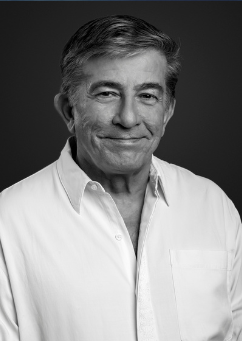 During the pandemic lockdown in Nova Scotia in early 2020, I decided to finally write the novel I had been promising myself for many years.

After all, this was the perfect opportunity, especially after I had lost two regular freelance writing gigs which supplemented my income. I applied for the CERB and hunkered down at my laptop.

I have a cousin who’s a thriller/crime novelist who had chosen the self-publishing route a few years ago, but I was convinced that I was the kind of writer who needed and wanted a literary agent instead to represent me to the traditional publishers. I wasn’t even sure how a literary agent does this, but it seemed like a good idea at the time. After I wrote the first draft of the novel and sent it to a few select friends for critiquing, I then spent countless hours of research finding out about agents: with what, when, and how to query them.

That’s when I came across the hashtag #ownvoices. Initially, I didn’t know what it meant.

I had found out that a writer was supposed to tell the agent in what genre(s) the novel’s manuscript is written. For example, one might write a science fiction novel (main genre) but it could also be a gay romance (two sub-genres, LGBTQ+ and ‘romance’). The genre types would be indicated in your covering letter to the agent, so they would know how to categorize your manuscript, and to decide if it is saleable in today’s marketplace.

At this point, I began to notice that many literary agents were encouraging and partial to receiving manuscripts written in #ownvoices. This essentially means that, for example, a Mi’kmaw person is perhaps best suited (and would be more authentic) for writing a Mi’kmaq science fiction novel.

So, even though the subject matter of my Historical Fiction/Family Saga novel (two genres) is primarily about a heterosexual marriage between a stepdaughter to her stepfather (a true incident that happened in Nova Scotia in 1927), I knew that I had to have at least one LGBTQ+ secondary character, and preferabl y more than one. After all, I am part of that community!

And as I wrote the character of Martin Karlsson, a wayward soul in his late forties searching for his siblings, he outed himself to me to be bisexual. As I developed an important main secondary female character, Collan Burcharth, she quickly revealed herself as lesbian with a partner named Linnea Nilsson. Later in the novel, I included another secondary character named Marc Shehab, who is a closeted gay man from Halifax of Lebanese descent.

The novel takes place primarily from 1913 to 1935, so I had to discover what LGBTQ+ acceptance was like at that time, too. It was interesting, to say the least.

Finally, I understood how valuable it is to write in one’s own voice. The development of those characters was almost effortless. These were people I knew; these people felt the same things I have felt. These people were ‘real’ (while being fictitious), and it occurred to me that for most of my life, the heros and heroines in the novels I had read were rarely like me. Many of them never had feelings or thoughts like me.

And fortunately, in this process, I found the confidence to go the self-publishing route, as well.

Unconventional Daughters is available as a paperbook and e-book on Amazon.ca at https://amzn.to/2Hk7r4W and was launched in its paperback version on December 7.

Bruce welcomes you to join his Readers’ List at http://www.brucebishopauthor.com . (A free copy of his e-book, Armchair Traveling for Wannabe Wanderers, a collection of some of his favourite travel stories, will be emailed to you.)