Call for Writers for Overcoming Trauma 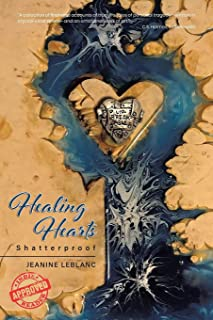 Eastern Shore author, Jeanine LeBlanc is looking for new writers or published authors to share a voice on how they managed to overcome struggles on trauma such as abuse, loss, near-death experiences, mental illness, addiction, or discrimination for her next Healing Hearts book, expected to be published in 2022.

As a lesbian kid growing up in Cape Breton through the 80’s, I witnessed enough discrimination to want to keep my sexuality a locked away secret. I listened and watched as people cringed over the discussion of same sex relationships. So, when the opportunity finally came, I enlisted in the Canadian Armed Forces, leaving Nova Scotia in hopes to build a life of authenticity and pride.

Decades later, a feeling of grey covered my heart and sprouted a new desire to return home, the root of my fate exposed. In returning, I built my dreams and explored my purpose on a small acreage on Nova Scotia’s Eastern Shore. My home and land grew into a care center for dozens of animals in need and I built a small business to afford the cost of loving them. I also found myself drawn to true inspirational stories and so I began to search for these rare, hidden gems with a shared, hopeful dream of helping someone along their journey.  I felt a flow was guiding me through, but after a decade of hard work had passed, I suddenly realized how isolated I had become from society, including the LGBTQ community.

In November, Nova Scotia’s Eastern Shore LGBTQ group held a Welcome to the Gaybourhood meet and greet for members and newcomers. I courageously walked through the front doors of the Salmon River Inn to find a LGBTQ country community with arms wide open. I finally introduced myself to people I had passed around the shore over several years. I felt like my sexuality was no longer a locked away secret around the place I call home.

At the meet and greet, I met a lady, Bethana Sullivan, who intuitively asked for my last name. I was excited to learn that she not only recognized me but had masterfully written an adored review for my recently published book, Healing Hearts – Shatterproof, for the Eastern Shore Cooperator. She refers to my book as “a treasure trove of hope. It is like discovering a cave that may feel a little frightening to enter, much less to explore, and finding at the center, a crystal-studded room with refractions and reflections of brilliant light”.

My desire to compile a book of powerful, inspirational stories stemming from trauma, loss, abuse, discrimination, and addiction became purpose. I discovered people with mountains of courage to share their most vulnerable and most valuable stories with the world. Chapters were written from across Canada and the USA, the majority shared by fellow Nova Scotians.

As Bethana tells it, “It is a book of hope and life, one that tells a story of what it means to return to oneself and to find, as Jeanine has discovered here on the Eastern Shore, the place where one belongs.

To share your inspirational story in Jeanine’s upcoming treasure chest of hope, send an email to jeaninemleblanc@hotmail.com for further details.