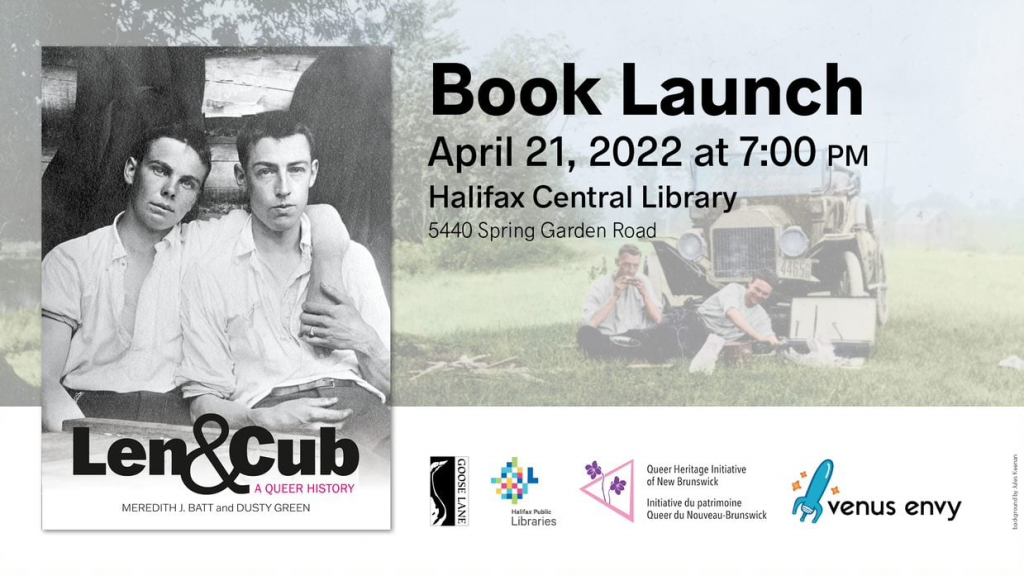 Leonard "Len" Keith and Joseph "Cub" Coates grew up in the rural New Brunswick village of Havelock in the early 20th century. The two were neighbours, and they clearly developed an inseparable relationship.

Len was an amateur photographer and automobile enthusiast who went on to own a local garage and pool hall after serving in the First World War.

Cub was the son of a farmer, also a veteran of the First World War, a butcher, contractor, and lover of horses.

In Len & Cub: A Queer History, their time together is catalogued by Len's photos, which show that the two shared a mutual love of the outdoors, animals, and adventure. Photographs of Len and Cub on hunting and canoe trips with arms around each other's shoulders or in bed together make clear the affection they held for each other. Their story is one of the oldest photographic records of a same-sex couple in the Maritimes.