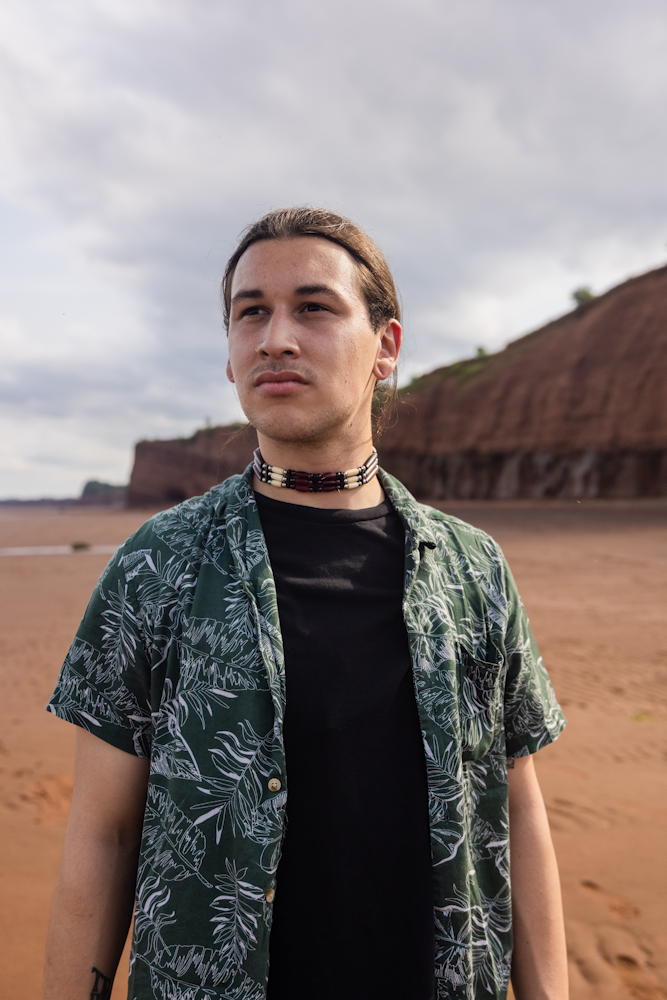 Living in Flow explores the relationship between water and well-being, and the Halifax project features local LGBTQ2SIA+ talent in front of and behind the camera.

Produced by Britney Canzi and Walter Forsyth, it tells diverse stories of Atlantic Canadians who face their mental health challenges via a connection to water.

One of the six-episode subjects is Kanaan McCabe – also a series writer -- who is a queer, Indigenous artist and mental health advocate, sees water as a form of solidarity.

“For me, Living in Flow represents coming together to help nurture a better tomorrow for everyone on Mother Earth,” said McCabe.

“I wanted to be a part of something that advocated for mental health, clean drinking water, and climate change – topics that are present and “in your face”, but socially seem to be placed behind the curtain.”

McCabe says issues with their own identity and sexuality greatly affected their mental health.

“Without the proper support and sources of information where I grew up, I spiralled further into anxiety and depression, which led to a handful of suicide attempts,” they said.

“A lot of the challenges with mental health were being dismissed because it was something you had to 'push through', or it was called 'a bad day.' There wasn't anything to deeply investigate the conditions I struggled with and that only furthered the problems.”

McCabe felt solace and happiness when they were around the water and wilderness, with painting allowing an outlet for their feelings.

“After what happened at Standing Rock in the U.S., my connection with water only grew stronger. Seeing a whole community become beaten down by the military because they're protecting their land and clean drinking water, the issue smacked me in the face,” they said.

“I took to places with rivers, lakes, and ponds whenever I could to acknowledge, speak, and be with the water. It helped me find comfort because of how extreme it can be sometimes and how calm it can be others. I see how people take it for granted and how some struggle just to find or afford some.”

McCabe is an advocate for protection and clean drinking water. (Already mentioned)

“We all need water, and our bodies need it to survive. To ignore someone the right to clean drinking water is in essence ignoring the action to help someone's basic human rights. There are so many nations and communities that are currently in 2021 struggling to gain this basic human right, and it's wrong,” they said.

“Advocating for the right to clean drinking water is what I do any chance I get in any form. Living in Flow was a wonderful experience and chance to tell a story while advocating in your way for what's right.”