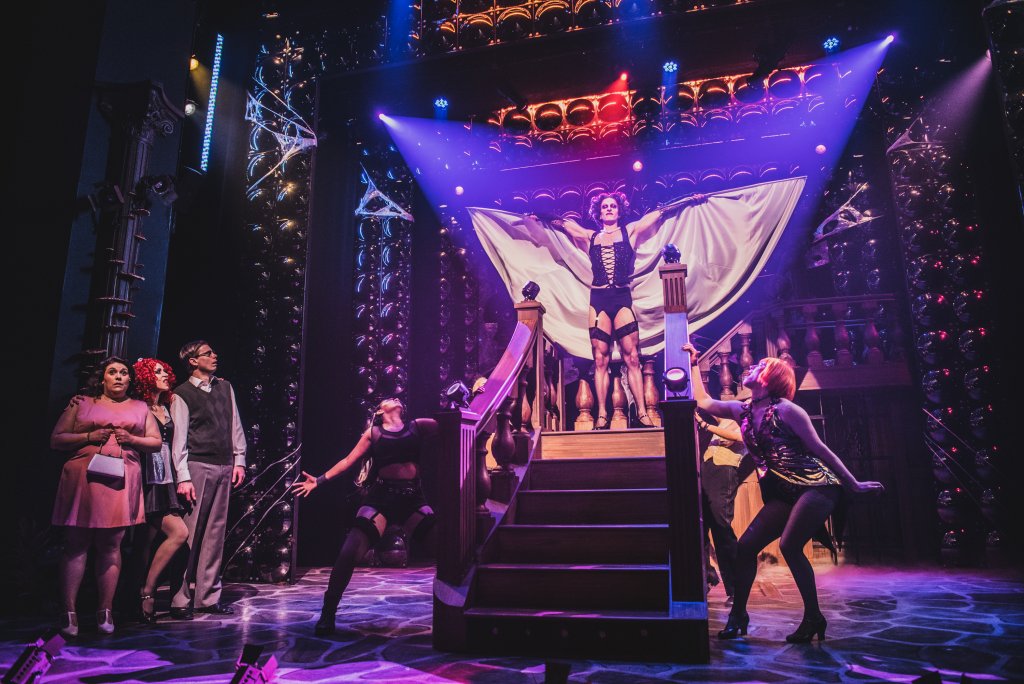 Scroll to the bottom of the article for the promo codes.

I have a bit of a personal relationship with Rocky Horror Picture Show.  I was 16 in 1979 and amid the three most hellish years of anyone's life, junior high, in a rural, redneck school. A friend-of-a-friend a couple years older invited several of us to a thing I'd never heard of, and we piled into a car and were at the Casino Theatre on Gottingen a half hour before midnight. I don't remember the drive.

I do remember my life changing that night. We had just done this extremely cool thing: we'd attended the midnight showing of a cult movie, and (in my mind, anyway) the coolness of that eclipsed any concerns that fellow students might think I was gay when I sang, "I'm just a sweet transvestite, from Traaaansexual, Transylvania...." and lewdly, campily, suggested that the ref from the hockey team, "Come up to the lab... and see what's on the slab." 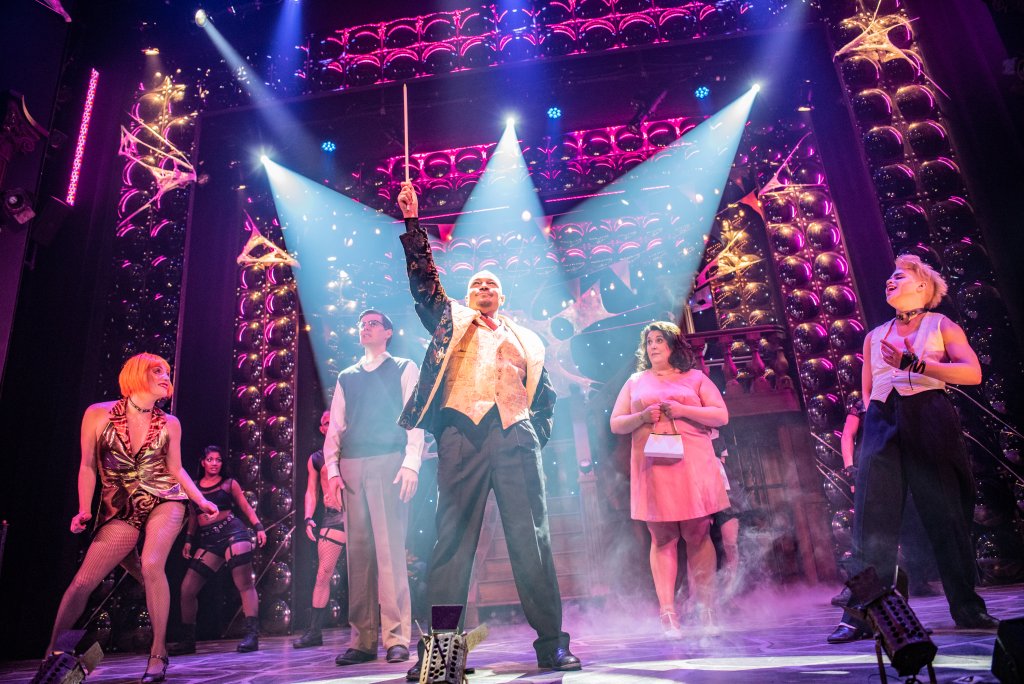 Occasionally, when someone asks, I say that the movie saved my life; it was in any case an escape hatch from the closet.

And then, over and over on a Friday night I'd get a drive to the highway, hitchhike the hundred kilometers to Halifax, participate in the midnight showing, and hike home at 2AM.  Often I got picked up by the same guys heading to (or back from) The Turret for the evening, and a couple became lifelong friends.  My parents are gone now, but I'd like to ask them how they were OK with that.

Since that first night I've seen RHPS perhaps forty times in theatres, a half dozen times at the Dalhousie SUB on Hallowe'en, another half dozen in friends' living rooms, the stage show in Halifax, Toronto, Amsterdam, Berlin and... last Wednesday night, again at Neptune. I feel that the piece is part of me like blood and muscle and sinew.

If you haven't seen Rocky Horror before -- that is, in RHPS culture, you're a "virgin" -- before participating in the Neptune show, you should get the 1975 film and a few printouts of the callout script (there are hundreds of versions on line) and have a watch party with friends, preferably at least one non-virgin. 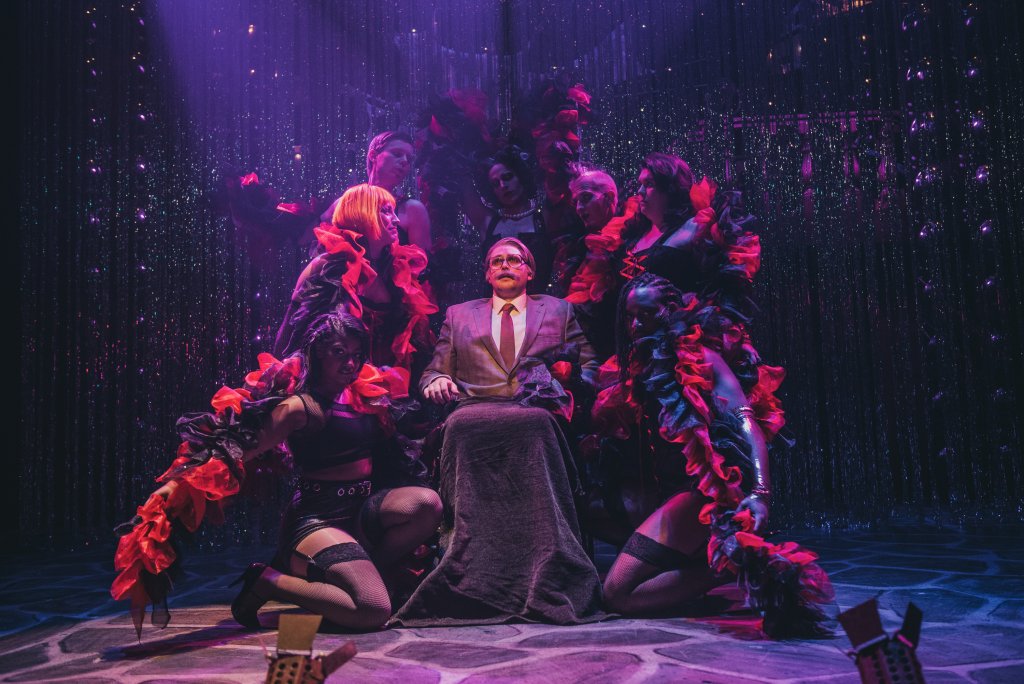 For this production, traditional "props" – all of the stuff you take with you to participate in the show – are welcomed, with a few guides: "The throwing of toilet paper, cards, etc. is part of the fun. It is not meant to harm people, ruin someone's make-up or costume, or cause damage. Food, water and open flames are not permitted," says the Neptune page.  So for There's A Light (Over At The Frankenstein Place) you may want to turn on your cellphone flashlight. If you're not sure what to take and when to use it, google up "Rocky Horror Props."

As you take your seat, Neptune's theatre has you surrounded by giant cobwebs extending from the stage along the walls, and on the curtain, old science fiction movies, the ones mentioned in the song, flicker on a big curled piece of film.

As in many Neptune productions the set is heavily articulated to make the most of the legendary tiny, shallow stage: they use the stage's trap door, they have images on scrims, and there's some drama done with many layers of curtains. I think the orchestra is in a box about 20' up, off to the left.

Allister MacDonald is fabulous as Frank-N-Furter. In a piece where too campy is never enough, he manages to be well over the top; he very much projects the entire world centering on him, and his singing, dancing, vast overacting and athleticism are a delight.

Troy Adams is one of my favourite people on stage in Halifax and as Narrator was brilliant; his role calls for more precise timing than the rest and he delivers with lots of extra camp. The night we were there, he burst into laughter after one of the callouts early on; he laughed hard, and we all laughed hard with him, and he picked up again right on the beat. 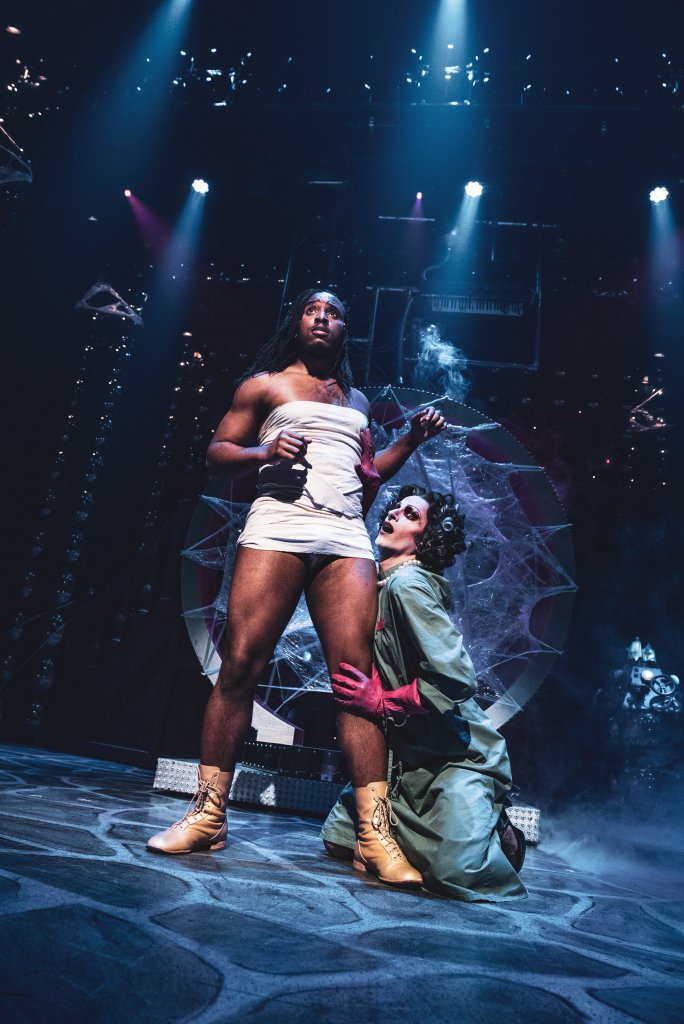 Rocky's character calls for a lot of physical theatre, and Davis Oakey-Azunnah delivers with precision, and he gets to show off a beautiful voice in the three songs in which he has solos. The wireless mic box in his gold lamé shorts was a bit of a distraction from his quite beautiful physique.  Frank-N-Furter's song line, "I've been making a man with blond hair and a tan" got changed to "dark hair" appropriately.

All of the voices are good, but Michelle Langille's Magenta is simply magnificent. Saphire Demitro, playing Janet, has a deliciously versatile voice. There were some issues with occasional audio feedback howl which I am sure will be fixed later this week. It was odd to not have the orchestra acknowledged as the cast was taking bows.

The stage productions always surprise me with the song that's not in the Picture Show, Once In A While.

Halifax Pride is hosting a Pride Night on Wednesday, May 11. Neptune is partnering with Halifax Pride and is offering a discount with promo code PRIDE. With this code tickets are $35 (fees and tax included). They'll be hosting a costume contest that night as well.

The photos here are by the incomparable Stoo Metz.

Promo codes for the tail-end of the run: