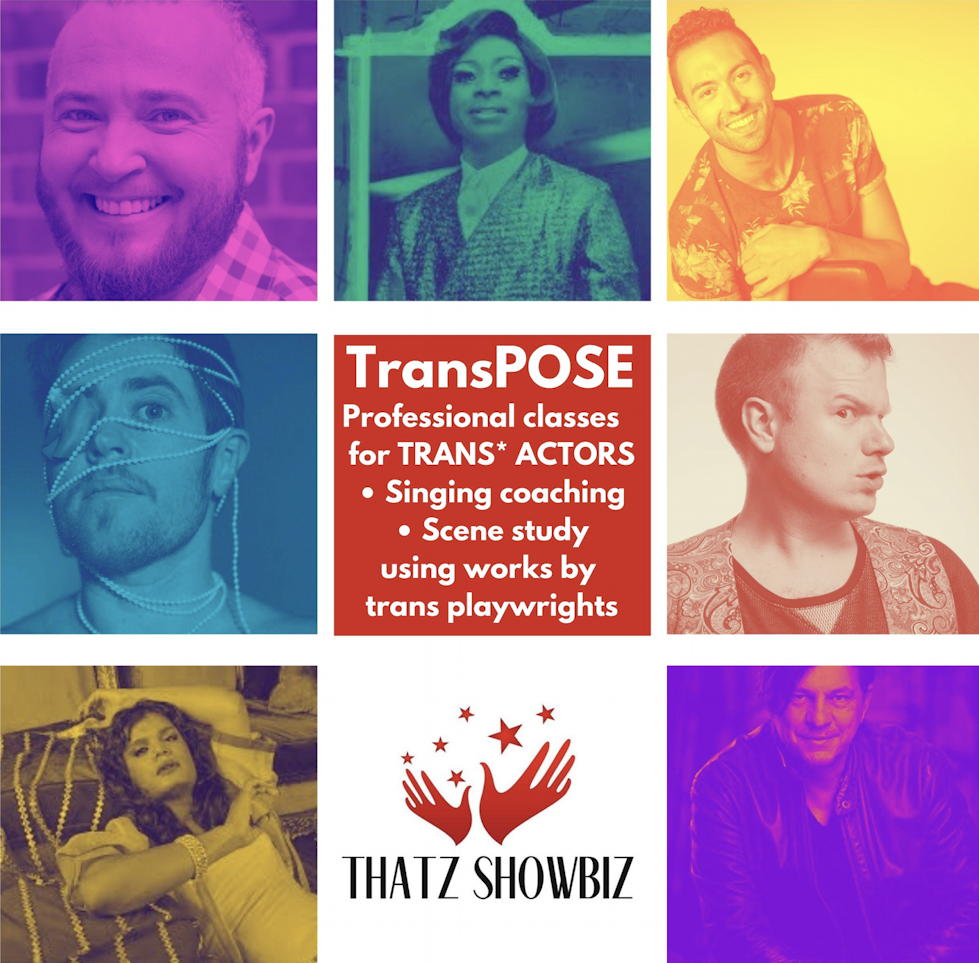 Thatz Showbiz is hosting two classes for performers of trans* or lgbtq+ experience. Trans Pose, for professional trans* performers, will focus on scene study, songs, movement, and camera work, and Queer Lore is a place for LGBT teens to work on scenes and meet playwrights from the queer and trans canon.

Organizers conceived the project last fall when workshopping Hanlon McGregor’s play for young audiences, Call Me Papa,. "We were reminded of the collective challenges of being a trans performer in a predominantly non-trans world. " says McGregor, "Typically, trans performers face barriers in casting, so when we do get called, we are often left feeling a bit rusty or unprepared. Trans singers (especially those taking testosterone) also have the added wrinkle of getting to know their vocal instrument all over again. "

Under the Bus collective is based in Toronto, but Nova Scotian-born founding member Hanlon McGregor routinely works in Nova Scotia, and returns to the Halifax Fringe Festival with shows. "We are invested in reaching trans people wherever they may be."

For Trans Pose, performers will work with trans- and nonbinary-positive vocal coach Robert Wilkinson, who can also transpose songs  into their best register.

"For Queer Lore we’ve rounded up some of the most prominent names in Canada who will be dropping in during snack breaks (online) to have a chat with everyone," says McGregor, "Playwrights include Diane Flacks (Kids in the Hall, Baroness von Sketch, Unholy), Sunny Drake (Every Little Nookie) and Jeff Ho (Iphigenia and the Furies - On Taurian Land) among others."

"At Under the Bus, we really revel in the feeling of safety that comes with a cast that is predominantly trans*" says McGregor,

Registration for both classes is here, and there's more about Under the Bus collective at underthebus.art.